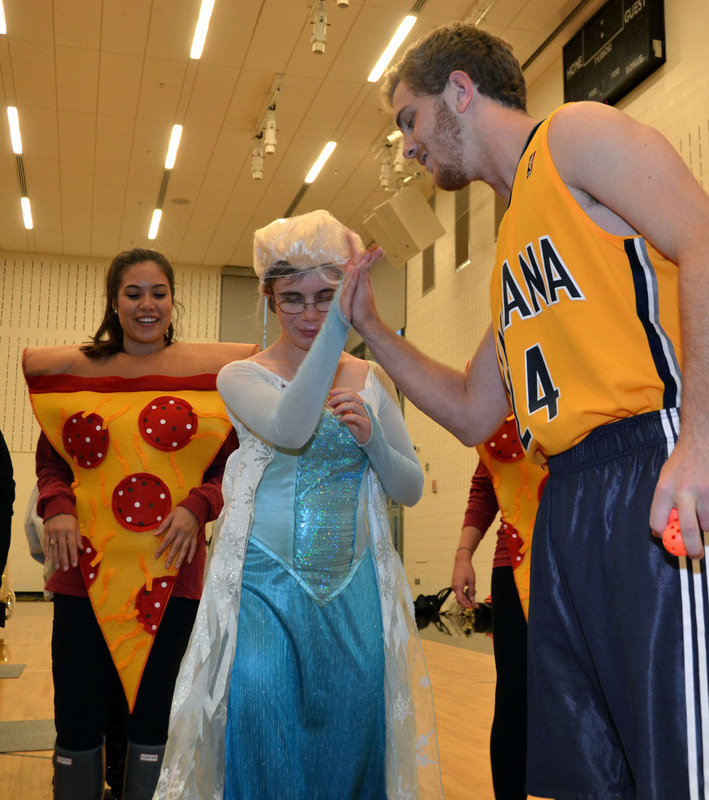 A festive mood permeated a gym on campus as the fraternity hosted a local agency serving people with disabilities on Oct. 28, 2015.

Pi Kappa Phi, in conjunction with the Arc of Tippecanoe, conducted a Halloween-themed costume party for 100 clients, sponsors and family members. The crowd of nearly 200 included some Best Buddies, a Purdue student chapter of a national organization, who work with Arc clients, and more than 75 fraternity members.

It was the fifth such Arctoberfest, as it has come to be known, hosted by Pi Kappa Phi.

The people with disabilities participated in carnival games and dancing for nearly two hours in the auxiliary gym at Purdue’s Recreational Sports center on campus. The fraternity brothers coordinated games, offered snacks and gave prizes. Awards were given to the most creative, the scariest and funniest costumes.

“I was most pleased with just the amount of smiles that I saw,” said Mark Fisher, Pi Kappa Phi’s Ability Experience chairman. “It’s incredible how powerful a smile can be and it seemed like every face I saw was grinning.”

This was the first year for the event to be held inside. In previous years, it has been held in the parking lot and lawn of Pi Kappa Phi or alongside the neighboring property housing the Purdue Musical Organization.

The Arc uses the event as a fund-raiser for its other activities. However, it’s by far the agency’s largest and most anticipated event of the year.

“I was told that this night is, and will continue to be, a person’s favorite night of the year,” Fisher said. “This is the reason that we do things that we do. It’s beyond incredible that we have the power to create such an impact (on Arc clients), not to mention the impact that it has on chapter members.”

The Purdue fraternity is committed to serve those with disabilities in many ways. Artoberfest is one of three major events that the chapter hosts each academic year. Other events include the 72-Hour David Feltner Memorial Bike a Thon in the fall (this year Nov. 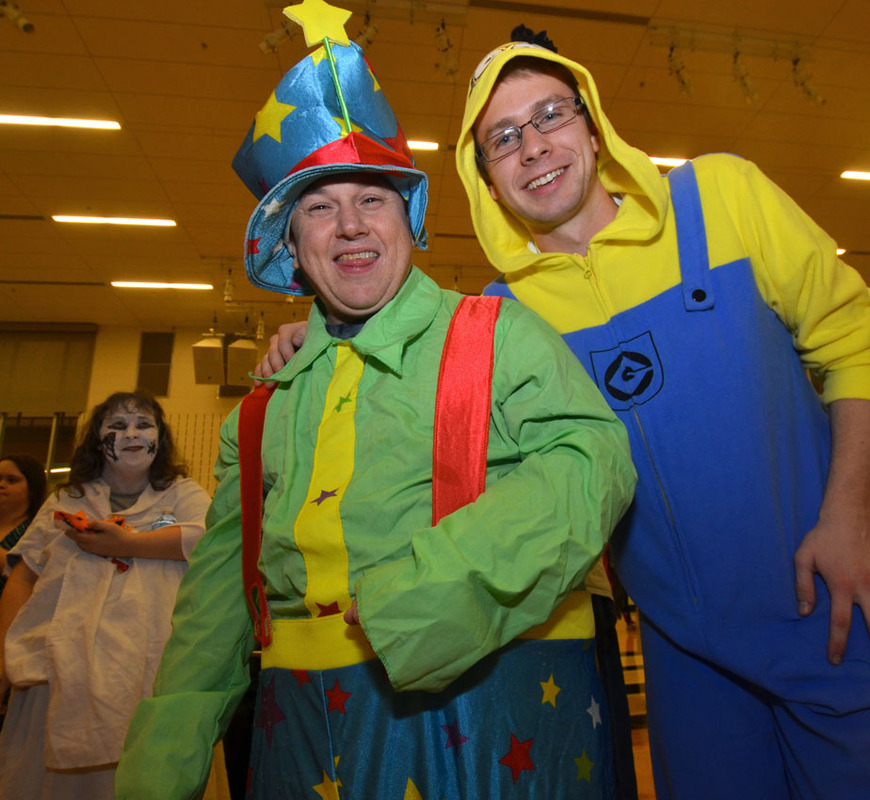 4-7) and War of Roses held in the spring. The last two events raise money and awareness for The Ability Experience, the national fraternity’s outreach supporting people with disabilities.